There is no freedom without morality

People in the West lack a perspective beyond the self and its desires, says Jonathan Sacks 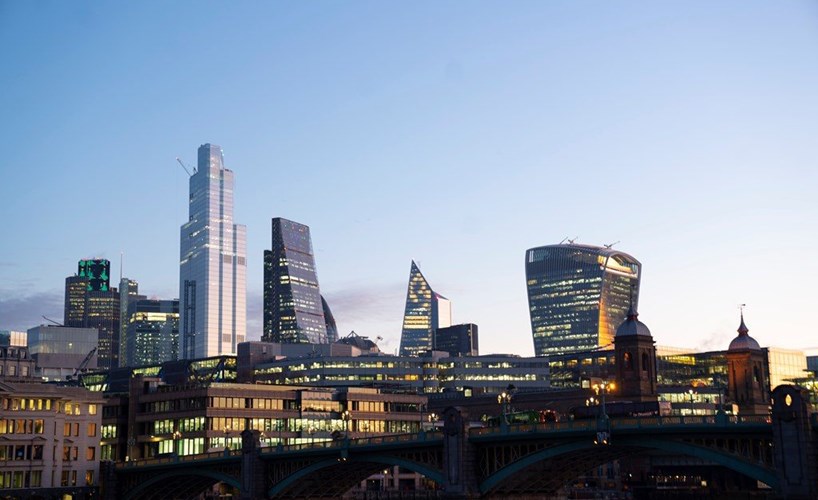 The City of London skyline. Before the 2007-08 crash, the banks attempted to outsource risk

CLIMATE change has many causes and symptoms: greenhouse gases, toxic emissions, the loss of tropical rainforests, rising sea levels, the melting of ice caps and glaciers, the proliferation of extreme weather conditions, the extinction of species of plant and animal life, and the threat to many more. Different though these are, they are all part of a single phenomenon: global warming.

Likewise, divisive politics, inequitable economics, the loss of openness in universities, and the growth of depression and drug abuse are the result of what I call cultural climate change. They are the long-term consequences of the unprecedented experiment embarked on throughout the West a half-century ago: the move from “We” to “I”.

Whatever its source, morality is what allows us to get on with one another, without endless recourse to economics or politics. There are times when we seek to get other people to do something we want or need them to do. We can pay them to do so: that is economics. We can force them to do so: that is politics. Or we can persuade them to do so because they and we are part of the same framework of virtues and values, rules and responsibilities, codes and customs, conventions and constraints: that is morality.

Morality is what broadens our perspective beyond the self and its desires. It places us in the midst of a collective social order. Morality has always been about the first-person plural, about “We”. “Society”, Lord Devlin said, “means a community of ideas; without shared ideas on politics, morals, and ethics, no society can exist”. Society is constituted by a shared morality.

Although Nietzsche challenged this view as early as the 1880s, it remained the prevailing public opinion until the 1960s. To be a member of society was to be socialised, to internalise the norms of those around you, to act for the good of others, not just yourself. The assumption was that you must be part of something larger than yourself before you can be yourself.

Morality achieves something almost miraculous, and fundamental to human achievement and liberty. It creates trust. It means that, to the extent that we belong to the same moral community, we can work together without constantly being on guard against violence, betrayal, exploitation, or deception. The stronger the bonds of community, the more powerful the force of trust, and the more we can achieve together.

Morality is essential to freedom. That is what John Locke meant when he contrasted liberty, the freedom to do what we ought, with licence, the freedom to do what we want. It is what Adam Smith signalled when, before he wrote The Wealth of Nations, he wrote The Theory of Moral Sentiments. It is what George Washington meant when he said, “Human rights can only be assured among a virtuous people.” And Benjamin Franklin, when he said, “Only a virtuous people are capable of freedom.” Or Thomas Jefferson, when he said, “A nation as a society forms a moral person, and every member of it is personally responsible for his society.” Lose morality, and eventually you will lose liberty.

THAT was the received wisdom for centuries. How did it change? It began with relatively abstract ideas. There was a long period of reflection on the nature of the individual and the self, starting with the Reformation, continuing through the Enlightenment, and culminating in the 19th-century radicalism of Kierkegaard and Nietzsche.

Between the 1930s and 1960s came the existentialists in France and the emotivists in Britain and America, who argued that there was no such thing as an objective moral order: there were only private choices based on subjective emotions. But these new ideas did not dislodge the assumption that society was built on the foundation of a shared morality.

Starting in the 1960s, that changed. First came the liberal revolution: it is not the task of law to enforce a shared morality. Morality gave way to autonomy, with the sole proviso that we did not do harm to others. Then, in the 1980s, came the economic revolution: states should minimally interfere with markets. Then, in the 1990s, and gathering pace ever since, came the technological revolution: the internet, tablets, smartphones, and their impact on the global economy and the way we communicate with one another. Social media, in particular, has changed the nature of interpersonal encounter.

Each of these developments has tended to place not society but the self at the heart of the moral life. It is not that people became immoral or amoral. That is palpably not so. We care about others. We volunteer. We give to charity. We have compassion. We have a moral sense. But our moral vocabulary switched to a host of new concepts and ideas: autonomy, authenticity, individualism, selfactualisation, self-expression, self-esteem.

A Google Ngram search (measuring the frequency with which a word occurs in printed texts over a given historical period) reveals that words that used to be commonplace have become rarer since the 1960s, particularly respect, authority, duty, ought, conscience, and honour; although the biggest fall was between 1960 and 2000.

Since then, some have recovered their salience. Other subtle shifts have taken place, however: regret has tended to displace remorse, and shame has become more common than guilt. One of the most striking findings is that, while talk of responsibilities has remained more or less stable, since 1960 there has been a sharp rise in the use of the word “rights”. We may still moralise, but we are reluctant to express guilt, remorse, or responsibility.

I BELIEVE that underlying much of what has happened has been the misapplication to morality of the economic principle of outsourcing. The idea goes back to Adam Smith’s division of labour, and David Ricardo’s theory of comparative advantage that says, even if you are better than me at everything, still we both gain if you do what you’re best at and I do what I’m best at and we trade. The question is: are there limits? Are there things we can’t or shouldn’t outsource?

One example happened in the years before the financial crash in 2007-08. The banks began to outsource risk, lending far beyond their capacities in the belief that either property prices would go on rising for ever, or, more significantly, if they crashed, it would be someone else’s problem, not theirs. The crash proved that, in a highly interconnected financial system, you can’t outsource risk on that scale. Not only does it fail to protect you from risk; it also prevents you from knowing what is happening until it is too late and disaster has become inescapable.

Another recent example, almost unnoticed, is the outsourcing of memory. Smartphones and tablets have developed ever larger memories, while ours and those of our children have become smaller and smaller. Why bother to remember anything if you can look it up in a microsecond on Google or Wikipedia?

But this confuses history and memory, which are not the same thing at all. History is an answer to the question, “What happened?” Memory is an answer to the question, “Who am I?” History is about facts, memory is about identity. History is about something that happened to someone else, not me. Memory is my story, the past that made me who I am, of whose legacy I am the guardian for the sake of generations yet to come. Without memory, there is no identity, and without identity, we are mere dust on the surface of infinity.

Something similar happened to morality. When I went as an undergraduate to Cambridge University in the late 1960s, the philosophy course was called Moral Sciences, meaning that, just like the natural sciences, morality was objective, real, part of the external world. I soon discovered, though, that almost no one believed this any more. Morality was held to be no more than the expression of emotion, or subjective feeling, or private intuition, or autonomous choice. It is whatever I choose it to be. To me, this seemed less like civilisation than the breakdown of a civilisation.

The result was that, in effect, morality was split in two and outsourced to other institutions. There are moral choices, and there are the consequences of those choices. The market gives us choices, and morality itself is just a set of choices in which right or wrong have no meaning beyond the satisfaction or frustration of desire.

The result is that we find it increasingly hard to understand why there might be things we want to do, can afford to do, and have a legal right to do, that none the less we should not do because they are unjust or dishonourable or disloyal or demeaning: in a word, unethical. Ethics is reduced to economics.

As for the consequences of our choices, these have been outsourced to the State. Bad choices lead to bad outcomes: failed relationships, neglected children, depressive illness, wasted lives. But the Government would deal with it. Marriage was no longer needed as a sacred bond between husband and wife, and the State would take responsibility for any negative consequences. Welfare was outsourced to government agencies; so there was less need for community volunteering. As for conscience, which once played so large a part in the moral life, that could be outsourced to regulatory bodies. So, having reduced moral choice to economics, we transferred the consequences of our choices to politics.

ALL of this was done with the highest of intentions, but it overlooked one of the most important lessons to have emerged from the wars of religion in the 16th and 17th centuries, and the new birth of freedom that followed. A free society is a moral achievement, and it is made by us and our habits of thought, speech, and deed.

Morality cannot be outsourced, because it depends on each of us. Without self-restraint, without the capacity to defer the gratification of instinct, and without the habits of heart and deed that we call virtues, we will eventually lose our freedom.

This is an edited extract from his new book, Morality: Restoring the Common Good in divided times, published by Hodder & Stoughton at £20 (Church Times Bookshop £15).